Anyone who covers the sport of Boxing and to be more specific those who specialize in penning columns on a variety of subjects including previews and post-fight analysis can likely relate to the uniqueness of one's creative process. For yours truly, there are times when a basic concept will start to form in my mind of what I will be writing in a forthcoming column at several times. Times which can be the practice of me sitting at my desk and staring at the dreaded blank page waiting for inspiration to strike, or in the context of current technology, being able to pick up my cell phone or a tablet at any time when an idea/concept comes to mind. There are even times when I will start forming an idea in my mind as I cover a fight thinking with each passing round that the forming concept will indeed be what I end up going with when all is said and done.

In some instances however, a concept that forms in the mind that seems by all accounts to be supported by what one is seeing with their eyes as a bout occurs, can take a surprising and one might say drastic turn that results in a general concept being completely done away with. Such an instance occurred for this observer during the February 12th Super-Middleweight bout between former IBF Middleweight world champion Daniel Jacobs and former world title challenger and longtime Middleweight and Super-Middleweight contender John Ryder, which took place at the Alexandria Palace in London, England.

A bout that had the premise of two fighters, one a former world champion, the other a longtime contender that were each at a “Crossroads.” An obvious storyline that accompanied this encounter at least in the eyes of some was that it could well have been a scenario where the fighter who did not emerge victorious could see their career come to an end.

As those who read the preview column penned by yours truly, which was released here on The Boxing Truth® on the eve of the fight, I did not necessarily share the point of view that a loss for either fighter in this fight would necessarily mean the end of the road for them. This was due largely to the current landscape of the 168lb. Super-Middleweight division being in a state of flux as current undisputed world champion Saul “Canelo” Alvarez plots his next move, which may see him move up in weight and potentially open up significant opportunities for contenders if he were to vacate the respective world championships that currently comprise the Undisputed Super-Middleweight world championship.

There was however, one wrinkle in the equation that I briefly made reference to prior to this bout that could not and was not overlooked by yours truly. The fact that for the first time as a professional, Daniel Jacobs, a native of Brooklyn, NY would be fighting in an atmosphere that is not the easiest to prepare for. An atmosphere truly unique throughout all combat sports. For the first time, Jacobs would be fighting in front of a British Boxing crowd.

Those who are familiar with the Boxing and by extension the combat sports scene throughout the United Kingdom will likely agree with this observer that there truly is nothing like the atmosphere that fans throughout the United Kingdom provides. From true enthusiasm to extremely vocal support, which often includes elements of chanting and singing both before and during the course of a fight, more than a few fighters who had traveled to the U.K. have found it difficult to adjust to such an atmosphere, even someone as experienced as Jacobs.

Why was this of such interest? For the simple reason that Jacobs would be fighting a boxer in Ryder, who is from London. This essentially meant that Jacobs would be walking into what for all intents and purposes, was the Boxing equivalent of a lion’s den. To his credit however, the former world champion did not appear awed by the circumstances and for much of the first six rounds of this fight was able to do something that many fighters who have traveled to the United Kingdom to compete have found difficult to accomplish. Jacobs was able to implement an approach and strategy that seemingly brought an enthusiastic crowd down to relative calm. By implementing a measured offensive approach, which had an emphasis on movement, using his jab, and counter punching, Jacobs seemed to clearly win the first half of the scheduled twelve round bout where the consensus was that the pace he set forth was allowing him to control the combat and generally get the better of the action during periodic exchanges where John Ryder simply had trouble getting into a rhythm and getting his punches off consistently. While not necessarily the most crowd pleasing fight to watch during this stage of the bout, Jacobs did what he needed to do and was clearly ahead on my scorecard as the fight moved into the seventh round.

As that round began, the start of the second half of the fight, I felt that the material that I would be writing post-fight would center on Jacobs putting forth a workmanlike performance in a bout that barring something dramatic, had all the appearance of a fight that would likely be scored wide in favor of Jacobs if it went the distance. What did happen may not have been dramatic, but it did certainly create a debate. It was over the remaining six rounds that John Ryder was able to put together a rally and, in the process, bring the crowd back into the fight. In contrast to how the first six rounds were fought with Jacobs being able to largely keep Ryder at distance with his jab and being able to use movement to maintain that distance, from round seven on, Ryder was able to force the combat on the inside and once in close, he was very effective in being able to land to the body and head of Jacobs.

Part of the reason why Ryder was able to be as successful as he was during this stage of the fight was Jacobs got away from throwing his jab as consistently as he had done in the first six rounds of the fight. This along with also not using his legs to establish distance between himself and his opponent, created the opportunity that Ryder needed to get himself into the fight. It was also at this point in the bout that There’s combinations to the body and head appeared more effective than what offense Jacobs was able to put forth.

Clearly at this point, any idea that was forming of penning a column centering on a workmanlike performance by Jacobs had left my mind and a simple yet complex question depending on one’s perspective came to mind in the latter stages of the twelve round bout. Would the rally that Ryder was able to put together in winning several of the remaining six rounds be enough to pull out a victory?

It was indisputable that the momentum had shifted to Ryder in the second half of the fight. From my perspective however, Ryder was not able to do enough over the first six rounds to sway how I scored the fight. At the conclusion of the bout, I arrived with a score of eight rounds to four or 116-112 in points in favor of Jacobs. This was based largely on what he was able to do over the first six rounds of the fight in being able to control the tempo of the combat and quietly build a lead. I also felt that Jacobs was able to eek out two of the final three rounds as he was able to get his jab working again and gain slight separation between himself and Ryder in what were close rounds to score. While I felt Ryder still had the momentum in his favor due to the pressure he was able to apply and the work he was able to do on the inside, he needed to score a knockdown or two to have been able to change the result of my scorecard.

The view of this observer not withstanding, I was not surprised to see a split decision rendered at the end of this fight. When one views a fight round by round as is how Boxing on every level of the sport is supposed to be viewed and in this case, views the fight in a first half/second half context, it was not hard to understand that the potential for a close fight was there where opinions could vary. Although ultimately John Ryder would be declared the winner on two official scorecards resulting in the biggest victory of his career, I simply felt he did not do enough to win the fight and to be more specific, he ran out of time in terms of rounds without being able to score knockdowns to have been able to change how I scored the bout.

While this is simply one Boxing journalist’s/historian’s perspective, in the days since the bout took place, there have been a mix of opinions ranging from those who felt Ryder was able to do enough to win it, to those who accused the judges of bias in calling it a “Hometown Decision.” While it is not uncommon to see such opinions and accusations expressed in an era where social media provides all a platform to share their views, whether those views have credibility or not, I can only speak for myself. As someone who has spent most of his life writing about and covering Boxing and by extension combat sports and is proud to call himself a Boxing lifer, I have seen countless decisions on every level the sport has to offer, amateur, professional, traditional, and bareknuckle that I did not agree with. Does that necessarily mean that a decision that I personally felt should have gone the other way means that there is something unethical or a potential conspiracy having taken place? Obviously, the answer is a matter of opinion and will vary from person to person and fight by fight.

In this case, I do not see John Ryder’s victory over Daniel Jacobs as controversial in nature nor based on the fact that I scored the fight unofficially for Jacobs do I feel the decision rendered was appropriate. At the end of the day, judges like the rest of us are all human and as such, it comes down to one’s perspective and a matter of opinion as to who wins a fight that goes the distance. A rematch however, would be appropriate. 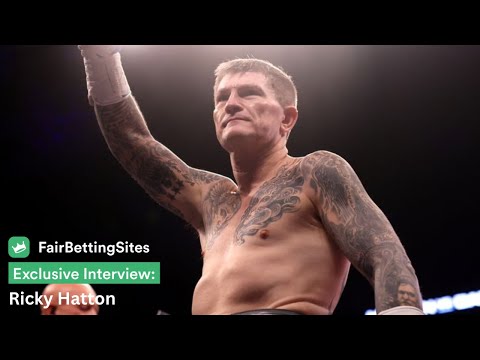