Thoughts On Groves-Smith And The WBSS


The finale of the first season of the acclaimed World Boxing Super Series (WBSS) brought a conclusion to two tournaments that in some aspects brought clarity to the divisions that participated in this groundbreaking and innovative concept. While yours truly will share some thoughts on the concept of the WBSS and its future at the conclusion of this column, the column itself will focus solely on the Super-Middleweight final, which took place on September 28th in Jeddah, Saudi Arabia.

An encounter between two of the best fighters the 168lb. Super-Middleweight division has to offer as World Boxing Association (WBA) Super-Middleweight world champion George Groves defended his crown against undefeated top contender Callum Smith. Going into this fight, the primary question I had centered on the condition of the champion’s left shoulder. As readers who had access to all the action of both WBSS season one tournaments might recall, Groves suffered a dislocation of his left shoulder in his title defense in the semi-finals over from International Boxing Organization (IBO) Super-Middleweight world champion Chris Eubank Jr. in February of this year.

Although the injury came in the twelfth and final round of a fight that Groves had dominated throughout, the injury did result in delaying the scheduled final against Smith and questions regarding the condition of his shoulder resulted in Eubank being listed as an alternate in the event that the champion could not compete in the finals. Given the delays in getting the final fight in this Super-Middleweight tournament as well as the WBSS having Eubank on standby, it was logical to question just how much damage Groves had sustained, despite the shoulder being surgically repaired.

The questions regarding the injury notwithstanding, Groves did have an advantage in terms of experience against high caliber opposition in the Super-Middleweight division as compared to his opponent Callum Smith, who was challenging for a world championship for the first time in his career. Though much of the attention prior to this fight was focused on the champion, it was also logical to question what effect would the delays in the finals taking place have on Smith. Most fans of the sport of Boxing are after all likely familiar with the idea of wondering whether a fighter competing for a world championship for the first time will freeze under the pressure of the "Big Fight Atmosphere."

Such pressure is stressful enough on its own, but is likely increased when a challenger is put into a position of having to wait for the champion to heal from injury or possibly face a different opponent as Smith was put in, in this situation. When the fight started, the answers to the questions regarding both fighters became quickly apparent. What took place between these two world-class fighters can best be described as a tactical Boxing match for the majority of the fight.

The champion showed no ill-effects from the shoulder injury that had kept him out of action for most of 2018, while the challenger was not phased by the atmosphere or the magnitude of the event. Simply put, what George Groves and Callum Smith produced inside the ring is the type of bout that most fans not just of Boxing, but of all combat sports can and should appreciate. A highly competitive encounter between two of the best fighters in their division. In some ways reminiscent of eras in the sport's history where the best fighters fought the best, albeit in this case, in an innovative tournament format.

For the first six rounds of this fight there simply was not much to separate the two fighters. Typically, if one is scoring a fight or simply viewing the fight while in a crowd or watching it on television and/or via technological advances such as tablets or connected devices nowadays, the challenge usually is to determine which fighter is controlling the tempo of the combat. Where the ebb and flow of a fight is leaning toward.

This fight was an instance where neither fighter really was able to establish clear control. What happened instead as is sometimes the case in regard to close fights was whenever one fighter would land something, the other would almost immediately return offense by landing something of their own. A scenario that created a difficult conundrum in terms of scoring over the first six rounds of the fight.

In this instance, such a conundrum resulted in the fight being a draw in my eyes after six rounds. What appeared to be a classic set up of a fight that would end in a closely fought battle after twelve rounds and no matter the outcome would be the subject of many debates between fans and experts alike, shifted drastically in the seventh round.

Boxing will forever be a sport that is at times overly criticized for every flaw that it has. Although the word most commonly associated with the sport, particularly in regard to fights that are seen as “Major” event or “Marquee” attractions, a word yours truly has discussed more times than I can count both in the online and print medium over the last two decades, the word “Controversy” in various forms  tends to rear its head too often, there would be nothing “Controversial” about the outcome of this fight. Instead, Boxing fans were treated to something that some might contend has become rare in regard to “Big” or "Major" fights. A conclusive outcome.

Late in the seventh round the challenger Smith landed a flush left hook to the head of the champion Groves. The champion was clearly stunned and Smith sensing an opportunity pressed forward throwing a barrage of punches that sent Groves backward and eventually trapped him in his own corner. After the burst of punishment unleashed by Smith, a short right hook to the body sent the champion down on his knees and unable to beat the count. Callum Smith had successfully made the transition from contender to world champion in the most conclusive way possible, by scoring an indisputable knockout.

The fight itself as well as its conclusion should remind Boxing fans about what is so appealing about the sport affectionately known as “The Sweet Science” and what can at times make the sport beautiful. While some fights go down in history as known for the level of violence that takes place, the encounter between George Groves and Callum Smith will be known as a fight where two fighters showcased the best of their skills in a highly competitive and tactical battle. It was a tactical battle that also demonstrated what catches the attention of most when they think of Boxing. The fact that at any given time a fight can end. It was the kind of fight that will serve as a fitting conclusion to the first installment of the World Boxing Super Series.

In terms of the tournament’s future with the second installment beginning on October 7th in Japan, the future does indeed look bright. The first installment succeeded in unifying the Cruiserweight division as Oleksandr Usyk emerged from the Cruiserweight tournament with the world championships of the World Boxing Council (WBC), the WBA, the International Boxing Federation (IBF), and the World Boxing Organization (WBO).

While only the world championship of the IBO, a crown currently held by Kevin Lerena was absent from the tournament in terms of providing one world champion in the division, the tournament did succeed in determining a central figure for the Cruiserweights. The same can also be said in regard to the Super-Middleweight portion of the tournament. While not fully unifying the division, it like it’s Cruiserweight counterpart provided a central figure for the Super-Middleweights going forward. In terms of the business aspects of the sport, Callum Smith is likely to be in a position to command lucrative opportunities in the division as well as potentially in the 175lb. Light-Heavyweight division if he were to decide to move up in weight.

In terms of the WBSS going forward, with new weight classes, the 118lb. Bantamweight division, the 140lb. Jr. Welterweight division as well as a second Cruiserweight tournament, I believe the WBSS can and likely will be used as a platform to hopefully provide further clarity throughout Boxing's seventeen weight classes. While obviously tournament concepts like this in Professional Boxing have normally been used as a vehicle to unify weight divisions, I believe as the tournament concept evolves it could be used for other aspects, which could also provide clarity for the sport as well as increase exposure for fighters.

Two ways that I have thought of that the WBSS could do in subsequent tournaments is perhaps be used as a way in conjunction with the respective sanctioning organizations within the sport to determine mandatory challengers for world titles and/or be used as a way to fill vacant world championships, aspects of the sport that are often open to questions and/or criticism. The second way I believe that tournament can be used as a way to increase exposure for fighters as well as grow audiences watching Boxing could be to shine a spotlight on a part of the sport that is long overdue for respect and recognition. Women’s Boxing.

Women’s Boxing particularly here in the United States has struggled for many years for long-term television exposure and I believe, despite the success of many top female fighters over the years has delayed the growth of the sport for women. This contrasts with how the sport is treated internationally where it is not uncommon to see a Women’s world championship bout as the main event of cards featuring men’s bouts.

Longtime readers are likely familiar with this observer’s stance that exposure for Women’s Boxing is long overdue and I believe the World Boxing Super Series could be a perfect platform to increase exposure as well as give fighters that compete in the tournaments more notoriety. With the recent exposure given to the sport by networks like Showtime and HBO, this seems like a perfect opportunity to capitalize on that exposure and in the process draw more attention from an aspect of fans that does not follow Boxing on a full-time basis.

One aspect that will benefit the WBSS going forward in terms of increasing their exposure in subsequent tournaments is the recent multi-year deal to televise WBSS events on the recently launched DAZN streaming network here in the United States. The agreement already provided a platform for Boxing fans in the United States to see the Super-Middleweight final between George Groves and Callum Smith.

Whether or not the suggestions offered by yours truly in this column come to fruition remains to be seen. Concepts such as the World Boxing Super Series however, should be viewed by skeptics, who all too often criticize the sport, as something that has given Boxing a step in the right direction. A direction of progress that if it continues and evolves will continue to benefit the sport in the long-term.

For more information about the World Boxing Super Series please visit: www.worldboxingsuperseries.com. DAZN is available for $9.99 per month and can be streamed on mobile and connected streaming devices. To learn more about DAZN and to start your 30-day free trial please visit: www.DAZN.com. 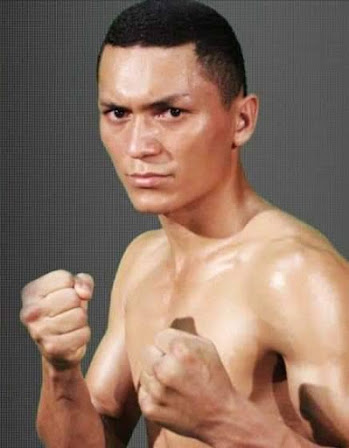