Over the last week, the Boxing world has continued to see a significant interruption in what would otherwise be an active schedule throughout the entire sport due to the ongoing Coronavirus epidemic. Among the announcements over the last week were an announcement that the Japanese Professional Boxing Commission (JBC) intended to resume its schedule of events in Japan during the month of May. Soon after making their intention known, the commission reverted to its existing decree that Boxing in the country would not be resuming until further notice.

This was followed by announcement made by Sampson Boxing that their scheduled April 24th card in Las Vegas, NV at the Cannery Casino and Hotel has been postponed. Following up on their previous announcement that they have cancelled all of their scheduled events during the month of April, Matchroom Boxing has cancelled all of their scheduled events for the month of May as well as postponed the scheduled World Heavyweight championship fight between Anthony Joshua and mandatory challenger Kubrat Pulev, which was scheduled to take place in England in June. As of this writing, no intended rescheduled date has been announced.

The California State Athletic Commission (CSAC) has continued its ban of all combat sports events through the the month of May. This has subsequently caused a second postponement of the planned Jr. Welterweight world championship fight between unified WBC/WBO world champion Jose Ramirez and former WBC world champion Viktor Postol, which was originally scheduled to take place during the month of January in Haikou, China. The intended rescheduled date of May 9th in Fresno, CA will now be postponed to a date and venue that has not been announced as of this writing.

As information becomes available regarding cancellations, postponements, and potential rescheduling due to the ongoing Coronavirus epidemic, we will be keeping readers updated in condensed form on a once per week basis until such time as the normal schedule for the sport can resume. Additional Boxing-related content sent to us in the form of press releases from promoters and networks will continue to be made available for readers as normal. We thank our readers for their continued patience.

The Boxing Truth®️is a registered trademark of Beau Denison All Rights Reserved. 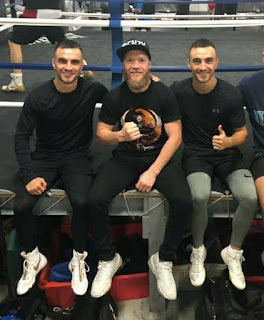