The main storyline of the bout between former Jr. Featherweight world champion Emanuel Navarrete and undefeated top contender Ruben Villa on October 9th at the MGM Grand Conference Center in Las Vegas, NV was that they were meeting for the World Boxing Organization (WBO) World Featherweight championship that was recently vacated by undefeated former champion Shakur Stevenson. Stevenson opted to relinquish his crown in the 126lb. Featherweight division to set his sights on the 130lb. Jr. Lightweight division. While Stevenson’s decision created an opportunity for both Navarrete and Villa, the fight between the two did present an interesting clash of styles.

Navarrete, who entered the fight having won thirty-two of thirty-three professional fights had registered a career knockout percentage of over 75% having stopped twenty-eight of his previous opponents inside the distance. Although his official record listed at 31-1, with 27 Knockouts was due to his last bout having taken place with no official athletic commission in attendance due to the ongoing COVID-19 epidemic his bout against Uriel Lopez in June of this year in Mexico City, MX, a fight that saw Navarrete stop his opponent in six rounds, was not considered an official fight by some Boxing record keepers, few would deny that he was viewed as the favorite in this fight against Villa due to his reputation for being able to score knockouts.

The question was whether Villa, who entered the fight unbeaten in eighteen professional fights, but did win forty-four of fifty-two bouts as an amateur would be able to use his Boxing skill set to avoid Navarrete’s power for twelve rounds as, despite his unbeaten record as a professional, Villa had only scored knockouts in five of his eighteen wins going into this encounter. For a time it appeared Villa would have success in using lateral movement to make Navarrete miss as his came forward and looking to take advantage of openings Navarrete would leave him to counter punch.

Navarrete would however, show his power by dropping Villa in the first round with a left uppercut to the head. The former WBO Jr. Featherweight world champion would score a second knockdown of Villa with a short left hook to the head in round four. While these knockdowns were what are often referred to as “Flash Knockdowns “ due to both the suddenness of which they occurred, but also Villa not appearing to be hurt by either blow, despite going down, it proved to be costly for him on the scorecards. As the fight progressed, Navarrete continued to stalk Villa.

Although Navarrete did not always land cleanly in the middle and late rounds, his aggression as well as Villa’s inability to land something that would turn the momentum in his favor, allowed Navarrete to maintain the advantage he was able to build off of the two knockdowns he was able to score early in the fight to earn a convincing twelve round unanimous decision and win his second world championship in as many weight classes.

Despite having occasional problems in being able to limit Villa’s movement throughout the fight, sometimes consistent aggression as well as being able to make the most of the punches he was able to land was enough for Emanuel Navarrete to turn in a convincing performance. An obvious question coming out of this fight is whether or not Navarrete will look to follow the man who vacated the title he now holds for a potential encounter in the Jr. Lightweight division.

While there are lucrative options for Navarrete in the 126lb. Featherweight division including IBF world champion Josh Warington as well as the winner of the upcoming bout between Leo Santa Cruz and Gervonta Davis, a move up to 130lbs. should not be dismissed and as is usually the case in Boxing, it will likely come down to what opportunity is available, when it’s available, and how lucrative it might be that will probably play a role in what Emanuel Navarrete does next. As Boxing and the world in general continues to struggle in the circumstances created by the COVID-19, the silver-lining for Navarrete and many fighters throughout the entire sport will be that there will be plenty of options and money to be made whenever the ongoing epidemic that has dominated much of 2020 reaches its conclusion. Until then assuming the sport can continue to operate as cases of the COVID-19 virus continue to increase globally, it will depend on what agreements can be made between fighters, promoters, networks and just how financially viable those agreements are that will likely determine how soon potential fights can take place. 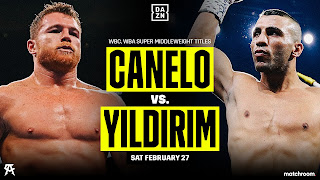