Crocker nearly ended the fight when he dropped Ilbay with a left hook to the body. Ilbay showed his mettle, was able to survive the round, and rocked Crocker with a right head to the head in the latter stages of the fourth round. Although Crocker was the consistently more active fighter throughout and continued to hurt Ilbay periodically, the former German Welterweight champion fought back immediately whenever he would get stunned by one of Crocker’s power shots. It was those power punches, greater activity, and having a knockdown of his opponent to his credit that allowed Crocker to earn a unanimous decision victory. Official scores were: 99-90, 97-93, and 97-92 in favor of Crocker. Lewis Crocker advances to 13-0, with 7 Knockouts. Deniz Ilbay falls to 22-3, with 10 Knockouts.

In a battle for the vacant WBO European Lightweight championship undefeated Gary Cully scored a second round knockout over Viktor Kotochigov. A straight left hand to the head from the southpaw Cully dropped Kotochigov who was unable to beat the count. Official time of the stoppage was 2:14 of round two. Gary Cully advances to 12-0, with 6 Knockouts. Viktor Kotochigov falls to 12-2, with 5 Knockouts.

In the Jr. Lightweight division, undefeated former British Feather champion Issac Lowe overcame a cut over the left eye as a result of an accidental clash of heads in round three to earn a hard fought six round decision over Ed Harrison. As all non-title fights in the United Kingdom that do not have an impact on regional or world rankings are scored solely by the referee officiating a bout, Referee Michael Alexander scored the bout 60-55 in favor of Lowe. Issac Lowe advances to 21-0-3, with 6 Knockouts. Ed Harrison falls to 2-6, with 0 Knockouts.

Jr. Middleweight Carl Fail scored a six round decision over previously unbeaten Jordan Dujon to begin his professional career. Fail was able to control the tempo of the combat from the opening bell and was effective in mixing his offense to the body and head. Although Dujon had success landing counter right hands periodically throughout, ultimately Fail’s better technique and punch placement were enough to earn the decision victory. Referee Robert Williams scored the fight 58-56 in favor of Fail. Carl Fail advances to 1-0, with 0 Knockouts. Jordan Dujon falls to 4-1, with 0 Knockouts. 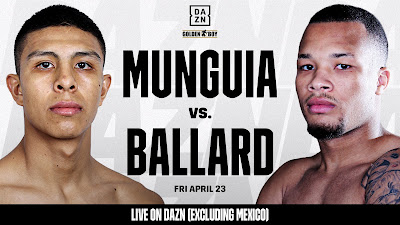