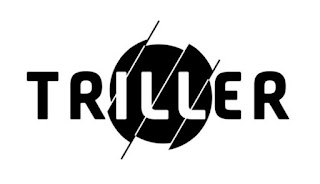 “This line-up will be as good as the best of the best festivals,” said Triller Fight Club partner Snoop Dogg. “For the first time ever we’re offering fans two for one, come see an epic world-class concert followed by the year’s most important boxing event.”

Nigel Lythgoe commented, “This event will be the ultimate culmination of boxing purism melded with a show everyone will remember. Crafted around Little Havana in a theme embracing the Latin flair, we have everything from the best Latin dancing to performances that will be seen one time only and never again, and is sure to have the world talking about for years to come.”

Triller Chairman Bobby Sarnevesht said, “Triller has always been about bringing together the world’s artists and fans, which is why we are proud to bring not only the first-ever Triller Live concert, but the first post-quarantine, fully open ticketed show."

The concert kicks off at 7:30pm EDT, with Meek Mill, Myke Towers and Lunay—and others to be announced, performing before the most exciting, thrill-packed fight of the year, which will also offer entertainment between fights once the fight card starts. There will also be a surprise performance of a never-before-seen, never-seen-again duet.

The evening will feature a historic men’s and women’s undisputed multi-title fight card featuring ‘Takeover’ Teófimo López vs. ‘Ferocious’ George Kambosos Jr., a bout that has four belts on the line, IBF, WBA, WBO, WBC, and the prestigious Ring belt, and which CBS Sports declared will be “one of the biggest fights in recent memory,” and a four-belt title bout between Franchon ‘The Heavy-Hitting Diva’ Crews-Dezurn and Elin Cederroos.

“Boxing fans will be treated to a card including two unforgettable, four-belt undisputed championship fights, in addition to a heavyweight world title eliminator,” said Peter Kahn, Chief Boxing Officer for Triller. “Boxing fans wil not want to miss these fights.”

Triller Fight Club will be the first-ever boxing event held at loanDepot park in Miami, Florida, home of the Miami Marlins and will be configured in an intimate and unique setting with full open seating for the first time since COVID. The event offers something for everyone: boxing purists, music lovers, adults and kids. For tickets and information, visit www.TrillerFightClub.com.

Prices will range from $150 to $10,000 and will include options from VIP custom dining service at ringside to traditional seats in the stadium upper and lower bowls, with the ring positioned at the pitcher’s mound and two entertainment stages set up on either side.

“The fights will be the focus during the fight window and the music during the music window, so fight fans and music fans alike will be able to watch what they love, uninterrupted,” added Kavanaugh.

There will also be single-style areas close to the ring and two stages for another unique fan experience. Limited luxury suites are also available. More info at TrillerFightClub.com. Triller Fight Club is a partnership between Triller and Snoop Dogg and is spearheaded by Ryan Kavanaugh.

Meek Mill is a Grammy-nominated recording artist, criminal justice reform advocate and entrepreneur that hails from Philadelphia, Pennsylvania. Meek evolved from Philadelphia's hottest underground rapper to one of the world's preeminent musical artists, having released a slew of smash studio albums and singles, including "Ima Boss," "Dreams and Nightmares (Intro)," and "Going Bad," among many others. His last studio album, CHAMPIONSHIPS, debuted at No. 1 on Billboard’s “Top 200 Albums,” marking his second chart-topper following his 2015 album DREAMS WORTH MORE THAN MONEY.

Puerto Rican artist Myke Towers is one of the fastest growing crossover stars in music. His album El Final del Principio (2016) peaked at 12 on Latin Rhythm Albums and he collaborated with Bad Bunny with the song "Estamos Arriba" released in June 2019 to rave reviews and cultural success. He followed that up with a collaboration  with Piso 21, "Una Vida Para Recordar" and another with Becky G with the song "Dollar, " each of which continued to increase his popularity both in North and Latin America. His third album MIKE, was released in April and is currently rising on the charts.

Joining the stellar musical lineup is beloved Latin and Reggaeton star Lunay. The Puerto Rico native has exploded in popularity throughout Latin and North America, with hits like "A Solas," "Luz Apaga," "Soltera," and "Soltera (Remix)."

On the boxing side. López, 23, (16-0, 12 KOs) is the current undisputed lightweight world champion, having held the IBF title since 2019 and the WBA, WBO, WBC and Ring magazine titles since defeating Vasiliy Lomachenko in 2020. López is considered to be one of, if not the, best active boxers, pound for pound, by ESPN and Boxing Writers Association of America, and The Ring. He is also ranked as the world's best active lightweight by BoxRec, ESPN and the TBRB. DAZN said, “Lopez is the champion, there is no slowing him down, he is as exciting to watch as anyone in boxing.” The Australian Kambosos has held the IBF Pan Pacific lightweight title since 2017. Kambosos (19-0, 10 KOs) became the IBF mandatory challenger after defeating Lee Selby by split decision in October. Sporting News recently reported, “Kambosos says he is ready to shock the world.”

The co-main bout will feature a four-belt undisputed super middleweight championship between WBC/WBO titlist Franchon Crews-Dezurn and Elin Cederroos, who holds the WBA and IBF belts. The winner will become a true women’s undisputed champion in the sport.

In a heavyweight clash, Las Vegas, NV resident Michael ‘The Bounty’ Hunter II will battle Michael ‘White Delight’ Wilson, of Medford, OR, in a ten-round WBA Heavyweight World Title Eliminator giving the winner a clear a path for the undisputed heavyweight championship of the world.

Additional fights and entertainment will be announced in the coming weeks.

The PPV is now available for purchase at the “earlybird” price of $49.99 (U.S. & Canada), and will rise to $59.99 if purchased on June 19th, day of the event. Fans outside North America can check the FITE link at https://www.fite.tv/watch/teofimo-lopez-vs-george-kambosos/2p97b/ for international pricing.

loanDepot park is a state-of-the-art retractable roof ballpark located in the heart of Miami. Built in 2012 and located fewer than two miles from downtown Miami, loanDepot park’s uniqueness and attractiveness, including unobstructed views of Miami’s skyline made possible by six operable glass panels, have made the venue a go-to destination for world-class entertainment, hosting a variety of sporting events as well as many business and entertainment events.

FITE and Triller Fight Club are owned by TrillerNet, a first-of-its-kind company consolidating technology and content platforms to lead the move to Internet 3.0. TrillerNet pairs the culture of music with sports, fashion, entertainment and influencers through a 360-degree view of content and technology. TrillerNet—which owns the globally popular Triller app used by musicians, celebrities, athletes, and overall culture setters—has more than 300 million users worldwide. The Triller app—unlike other popular short-video apps it is often compared to, encourages its users to post the content created on the app across other social media platforms and websites. The app uses proprietary AI and Machine Learning technology which is uniquely tied to the content rather than the user. By tracking the content, Triller empowers its tastemakers and users to push their content virally to affiliated and non-affiliated sites and networks reaching hundreds of millions of additional users. Data and insights gleaned from the Triller network, its creators, artists and users (from the app and off network) are used to program longer-form content, connect users across the web with the content, and provide unprecedented opportunities for engagement and monetization. TrillerNet has developed highly successful campaigns that begin with the app and continue throughout the entire content and technology ecosystem with some of the biggest brands in the world, including Pepsi, McDonalds, Weedmaps, DraftKings, L’Oreal, and many others. TrillerNet offers brands a unique content and technology solution, including direct deals with the influencers and celebrities. This branded content journey starts with short-form video and can easily expand into valuable long-form content distributed through the Triller Network, such as live-event boxing and music PPVs, fashion shows, and episodic reality content on TrillerTV. Some of the more than 65 original half-hour TrillerTV shows include The D’Amelios Family’s “Ask a DAM Question,” Jennifer Lopez In The Morning, Jake Paul: Staying On Top, 2 Chainz Let’s Do It, DJ Khaled’s Spreading Love, Hype House's Thomas Petrou's Coffee Talks, Josh Richards’ Josh Pong, Ur Lov’d: the Noah Beck Show, Fat Joe’s Masterclass, The Perez Hilton Show, and Violet Benson’s Too Tired To Be Crazy, among others. TrillerNet additionally owns Verzuz, the massive live-stream music platform launched by Swizz Beatz and Timbaland, and Triller Fight Club (www.TrillerFightClub.com), which launched last year with the highly successful Tyson-Jones Fight which shattered digital PPV records. Other holdings include leading AI-powered customer engagement platform Amplify.ai, and FITE, the premier live event and PPV, AVOD, SVOD streaming platform.

Material and Photo Courtesy of FITE Used with permission.

For more information about FITE including schedules, list of compatible streaming devices/platforms/Smart TVs, and for information on how to download the FITE app please visit: www.FITE.TV.

Can Yarde Pull Off The Next Light-Heavyweight Upset?

Perhaps the biggest story in Boxing in 2022 came in the month of May when undefeated WBA Light-Heavyweight world champion Dmitry Bivol sco...