As the month of July begins to wind down much of the attention has begun to center on what is ahead in the month of August as well as what might be to follow for the remainder of 2022. A fight that is perhaps being overlooked by some before July concludes will take place in Hinckley, MN on Saturday, July 23rd that features two fighters that may be at the crossroads of their careers. This observer is referring to the Featherweight bout between former WBO Jr. Featherweight world champion Isaac Dogboe and former world title challenger Joet Gonzalez in a fight that will headline a card streamed in the United States by digital subscription sports steaming network ESPN+ from Hinckley’s Grand Casino.

This is a fight that has two fighters that are at a similar point in their careers. While yours truly referenced the term “Crossroads,” the similarities do not end there. Both Dogboe and Gonzalez have similar records, and each have suffered two defeats. If that similarity is not enough to peak interest, both men were last defeated by the same fighter in former world champion Emmanuel Navarrete.

As often happens in the sport of Boxing, there are times where fighters who share common opponents find themselves facing each other with the goal of advancing forward in their respective careers. Gonzalez will enter this fight coming off of a victory in his return to the ring following his loss to Navarrete in October of last year. In that win in March of this year, he scored a ninth round stoppage of Jeo Santisima. Meanwhile former world champion Isaac Dogboe will enter the bout off three straight wins since he lost to Navarrete in May 2019.

While the similarities between the two both in that their last defeat came against the same opponent, that they have each suffered two defeats and similar in overall career bouts with Gonzelez having two more bouts at twenty-seven professional fights to Dogboe’s twenty-five, the question some might have is whether it may also translate into similar styles once the fighters are in the ring. Both fighters also have fifteen knockouts in their careers so this does have the appearance of a fight that could go the distance and is likely to be competitive throughout.

In terms of the styles of the two fighters, what this will be is an encounter between two boxer/punchers that can do a little bit of everything inside the ring. What I often look for when two fighters with similarities between them face each other is who will be able to execute their fight plan better than the other. Although that may seem like a simple answer for some, it can be complex. This is because there are many things that can occur over the course of a fight and there are times where two fighters can each have periods of effectiveness throughout. As is often the case, this fight may be one that will come down to who can dictate the tempo of the combat and whether they will be able to maintain that pace for the duration of the fight.

It is important to keep in mind that both fighters have been involved in fights that ended in close decisions that there were debates as to who won those fights. Even though obviously one can never know, much less predict what an official judge might see and base their scores on, the possibility exists that given the similarities between Dogboe and Gonzalez that this could end in a close decision if it does go the distance. Although anything can happen and the possibility of a knockout occurring in this fight should also not be dismissed, the styles of the two fighters, the similarities between the two, and the fact that both are used to going into the middle and late rounds of a fight would indicate at least on paper that this has the appearance of a fight that will be closely fought from start to finish.

While this observer used the term “Crossroads” to describe where each fighter is in their respective careers, a loss for either fighter would not necessarily mean the end of the road. What it would mean however, is that the fighter who comes out of this fight on the short end, assuming that the bout does not end in a draw or some unforeseen controversial outcome, would likely be knocked down in terms of the rankings in the 126lb. Featherweight division for some time whereas the winner will likely move closer to another opportunity to fight for a world championship.

Dogboe vs. Gonzalez takes place on Saturday, July 23rd at the Grand Casino in Hinckley, MN. The card can be seen in the United States on digital subscription sports streaming network ESPN+ beginning at 6:45PM ET/3:45PM PT. ESPN+ is available through the ESPN app on mobile, tablet, and connected streaming devices/Smart TVs. For more information about ESPN+ including schedules, list of compatible devices, platforms, Smart TVs, and to subscribe please visit: www.ESPNPlus.com. 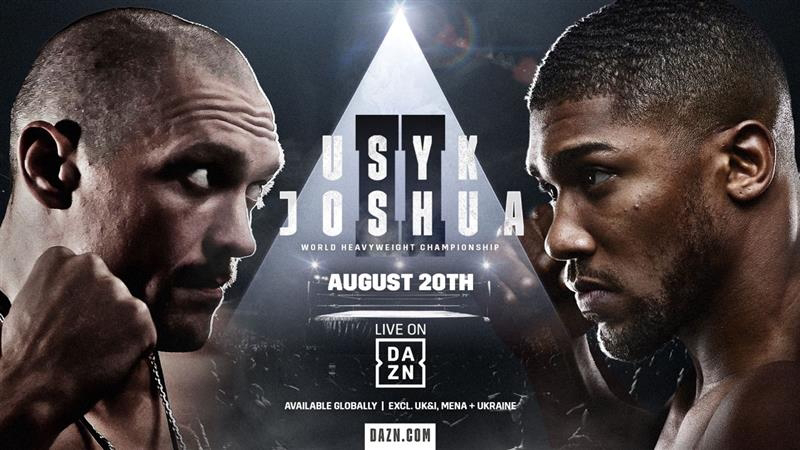